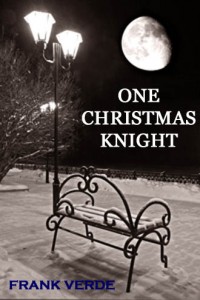 A story of Christmas, family and the old neighborhood

Eddie “The King” Janowski  says there’s very little difference between us that family can’t explain. I maintain that although we are alike … we also are very different.

The King and I are about the same size: medium build, slightly better than average height. If anything, I am a hair taller, even considering the poof of his Elvis ’do. But whenever anyone meets The King for the first time, they can’t help but remark about how tall or how big he is. I never get that.

That’s probably the most personal difference between us. I am aware that The King is larger than life. He is unaware. But we are both aware that I’m just me, and that’s okay, too.

Following eighth grade, The King and I were among the fortunate few to work for Brother Sal as counselors at his annual summer camp. We had as much fun as the little kids did, going to the municipal pool every morning and organizing softball games in the afternoon. Once a week, Brother Sal took everyone on bus trips, usually to a ballgame or an amusement park. One time we went to the Franklin Institute in Philadelphia. Two counselors were assigned a half-dozen or so kids, mainly to see that no one was crushed by the “Bowling Ball of Doom” or another such exhibit. Naturally The King and I were paired with the eight most  difficult to control campers, all fourth-graders. Our first stop was the “Bucket of Blood.” You would be surprised to learn how much blood your body holds, and that’s the point of this exhibit.

We waited our turn as a small group of kindergarten girls took turns stepping on the scale, which measures body mass based on your weight. Then a faucet began to pour “blood” into a clear tube to show how much of the red stuff was in each little girl’s body.

Soon it was our turn, and there were a few more “glugs” before the final “bloop” as the fluid rose closer to the top each time. Last, but certainly not least by any measure, was Jose Santiago. I didn’t see it coming, but I should have. “Big Jose” was as wide as he was tall. The device snapped to attention when he stepped on the scale. Its “blood” rushed from the faucet like Niagara Falls and the glugs came so fast and heavy that they ran into each other. There was no decipherable sound for it, and it left any onlooker mesmerized. I thought it was hilarious. I began to snicker but caught myself when I noticed that The King wasn’t laughing.

Big Jose’s buddies, who were as harsh on their friends as anyone else, also took their lead from The King and were silent. Finally the blood purge ended and the victim stepped off the scale. Sheepishly, and with all seriousness, Big Jose uttered six words that I will never forget: “It must have been my backpack.”

Again, no one laughed. The King wouldn’t allow it. He helped rearrange the load on Jose’s back and led us out of there and on to the next exhibit.

“Yep,” The King agreed, most sincerely. “That’s a heavy backpack you got  there, Jose.”

Some people are leaders and others merely followers. I’m certainly not a follower, but I have to work at being a leader. The King’s a born leader, and I don’t think family has anything to do with it.

“One Christmas Knight” is filled with stories about family and growing up in the old neighborhood, where it’s Christmas every day of the year.

Check out “One Christmas Knight” at its Amazon page

1 thought on “On becoming a leader”