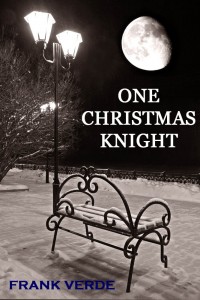 A story about Christmas and family in the old neighborhood.

I’ve been an e-book author for less than two months now, and I already have two titles up for sale on amazon.com, with a third set to go by the end of the week. It may look like it happened almost overnight, but it most certainly did not.

Each story was many months in the making, from original idea to planning, writing and final edit. Something always seemed to get in the way. Usually it was my newspaper career and the 1-hour and 10-minute commute (on good days and nights) to Newark from my home at the Jersey Shore. Then it was my inability to convince an agent to take on a previously unpublished author. But, in the end, it came down to an opportunity that I could not pass up. END_OF_DOCUMENT_TOKEN_TO_BE_REPLACED

Eli Manning said the Giants have about six months to say, “Hey, we are the best. We are the champs.” Then it’s back to work.

And according to the Las Vegas odds-makers, the clock is already running on New York’s hold on the Super Bowl championship. The Giants have been installed as an 8-1 pick to win the title next year, leaving four other teams with better odds.

The Eagles? Weren’t they this year’s “Dream Team?” How did that work out? END_OF_DOCUMENT_TOKEN_TO_BE_REPLACED

Heard this one a long time ago: God always answers prayers. Sometimes, he just says no.

Whether it’s Madonna pleading for “World Peace” at the conclusion of her halftime show at Super Bowl XLVI (not long after British rapper M.I.A. flipped us the bird during her performance). Or whether it’s a supermodel imploring family and friends to pray for her husband to come out on top in the big game.

This being the age of instant information, Gisele Bundchen’s gushing e-mail on behalf of her “Tommy” prior to the Super Bowl became news. As did her reaction to fans taunting her on the way out of Lucas Oil Stadium with “Eli rules!” and “Eli owns your husband!” after Eli’s Giants prevailed over Tommy’s Patriots, 21-17. END_OF_DOCUMENT_TOKEN_TO_BE_REPLACED

I made my Super Bowl pick on Jan. 13, right here on this blog and at njnewsroom.com. That’s correct. The pick was made just prior to the divisional playoff round and 25 days before Super Bowl XLVI.

Back then, I picked the Giants to beat the Patriots, 35-28. I see no reason to retreat from that prediction now, but I am getting a little nervous about it. More about that later.

To be precise, my pick wasn’t really a prediction. I just set out the most probable scenario that concluded with the Giants winning their fourth Super Bowl as a franchise. And the Giants and fate have followed suit … so far. END_OF_DOCUMENT_TOKEN_TO_BE_REPLACED

Reports have surfaced that Texas Rangers superstar talent Josh Hamilton was seen drinking alcohol at a Dallas-area bar on Monday.

The outfielder missed the entire 2004 and 2005 seasons when he was suspended for drug and alcohol abuse while with the Tampa Bay Rays’ organization. In all, he sat out more than three years because of his addictions. END_OF_DOCUMENT_TOKEN_TO_BE_REPLACED

When Angelo Mirena got his start in boxing during the 1940’s, he changed his name to Dundee – just as two of his brothers had done – to hide their work in boxing from their parents. Today, all these years later, tributes are pouring in from all over the country. A part of boxing died with Dundee, they all say.

Dundee’s death brings to mind another longtime boxing trainer that I once knew, long since gone. He didn’t swim in the same world-class waters as Dundee, but he left his own long-lasting impression nonetheless. END_OF_DOCUMENT_TOKEN_TO_BE_REPLACED

Will Peyton Manning be with the Jets next season? Who has a better chance of signing the future Hall of Fame quarterback: the Dolphins or the Redskins?

What are the odds of Manning playing at all next season or ever again? Is he finished?

If anyone tells you they have the answer to any of the questions above, they’re lying. END_OF_DOCUMENT_TOKEN_TO_BE_REPLACED